In the spotlight this month is Bronx drill rapper and self-proclaimed “Princess Diana” of her hood, Ice Spice.

Born Isis Gaston, Ice Spice was raised in the Fordham Road area of the Bronx, New York where she spent most of her time with her grandparents and cousins as her father, a Nigerian underground rapper, and Dominican mother were mostly occupied with work. She found her love for hip-hop aged seven, through listing to big rappers at the time like Lil Kim, and spent most of her childhood writing poetry and freestyle raps which was regularly encouraged by her father. “We would be walking to school and he would be trying to get me to rap about my day,” she recalled to The New York Times.

Despite this encouragement, she didn’t begin writing songs until 2019 through inspiration from the breakout wave of many Brooklyn drill rappers, and started rapping professionally in 2021 after meeting with her current record producer RIOTUSA. After her #BussItChallenge went viral on Twitter, she rushed to record and release her debut song Bully Freestyle to capitalise on this brush with ‘fame’. “Once that happened I was like, Oh, if I could do it one time, I’m pretty sure I could do it again,” she said. “That’s when I knew I could be an artist.”

However, her first successful viral hit came with the release of Munch (Feelin’ U) on August 10, 2022 after fellow rapper Drake played the track on his Sirius XM radio station, Sound 42. This “co-sign” from a rapper of such stature projected Ice Spice into the spotlight, as the song went viral on both Twitter and TikTok and charted on Billboard’s Bubbling Under Hot 100 and Hot R&B/Hip-Hop Songs charts at No. 5 and No. 34 respectively. This instant success led to her being signed by 10k Records and Capitol Records for an alleged $3 million deal at the end of September 2022.

Many have tried to reduce her to nothing more than a ‘meme rapper’ following the snippet and subsequent release of her single Bikini Bottom on October 28, 2022 which samples a tune frequently used in the children’s cartoon SpongeBob Squarepants. Despite no commercial chart success in the US, the single peaked at No. 29 on the New Zealand Hot Singles. It became a viral sensation on TikTok and Twitter, following the mass creation of memes with the song at the core of the joke. The song also caught the attention of TikTok stars Addison Rae and Skai Jackson, who posted videos celebrating the song, further boosting its virality. Of the viral memes, Kenna McCafferty opined in Paper that “it […] helps that Ice Spice can take a joke”.

Her success didn’t stop there, as she rounded off 2022 with a number of accolades such as TikTok’s No. 1 Emerging Artist of the Year; Vevo’s 2023 DSCVR Artist to Watch; Shazam’s Top 2023 Artist Prediction; Billboard’s Hip Hop Rookie of the month and BET’s Amplified Artist of the month. And it seems as though the Bronx rapper is determined to live up to these titles, as she released her first EP, Like..? on February 20, 2023.

Featuring hits like Munch (Feelin’ U), Bikini Bottom and In Ha Mood, the EP has earned her “biggest streaming day of all-time on Spotify” with over 2.5 million streams on release day. The EP is currently No. 6 on the US Apple Music Top Albums chart, predicted to rise into the Top 5 soon, and is in the Top 10 Apple Music charts in over 20 countries. The six-song EP adds three new captivating hits to her discography, including the Gangsta Boo collaboration with fellow Bronx rapper Lil Tjay who was arrested on the way to shoot the video for the song after he was found in possession of a loaded handgun. The collaboration samples the 2000’s hit I Need A Girl Pt. 2 by Diddy, and turns it into a drill love song named after the late Southern rapper Gangsta Boo who passed away from an alleged fentanyl overdose on January 1, 2023.

The fourth track, Actin A Smoochie, has become an instant party anthem and fan favourite due to its use of Jersey club sound combined with Ice Spice’s traditional NYC slang and attitude. However, the biggest hit of the EP by far is the second track, Princess Diana which came from the memes of her being described as “this generation’s Princess Diana”.

The song is a commentary on Ice Spice’s new found ‘it girl’ status, and gives us arguably the best bars of her career thus far: “Nowadays I be duckin’ them cameras/ And they hot that I’m up on ’em banners/Callin’ my phone but they know I don’t answer/In the hood, I’m like Princess Diana.” She doesn’t shy away from this comparison as she comments to The New York Times: “Who don’t wanna be a Princess?”

Being dubbed as the ‘new Princess of rap’, Ice Spice has made her aspirations for the future clear: “I do want to be a mainstream artist. I want diamond records and plaques and Grammys.” This seems very likely for her as this sudden shoot into success is unlike anything that has ever been seen in a rapper, especially one who has only been in her professional career for just over a year! Like..? has already set Ice Spice up for a fantastic 2023, and I’m excited to see where she goes from the success of the EP. 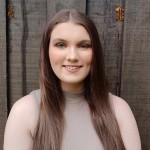