ROCK AND ROLL NEVER DIES…except when it does

The Roman Rock quartet have had an incredible few years since winning Eurovision 2021. The band shot to fame with a few viral hits, then made a slew of TV performances and interviews and even appeared on Baz Luhrmann’s ELVIS soundtrack, making them ones to watch in the rock scene.

With RUSH, I feel like Måneskin aimed to bring back a bygone era of sex, drugs and rock n roll in the industry and kind of missed the mark. Don’t get me wrong, the separate elements were all there. There was a noticeable influence of classic rock groups – but a bit cliché – and some of the tracks sounded more like Spears than Sex Pistols.

The riffs come thick and fast on the album opener ‘Own my mind‘ and ‘Gossip’ made me feel like a mysterious girl, smoking outside a rock club while the guitar from rock legend, Tom Morello, on the latter track makes a great energetic start to the album and I can imagine a crowd going nuts to these.

‘TIMEZONE’ paces the record and is about missing his family and the band’s meteoric rise to stardom, Nothing ground-breaking but a nice song. However, songs like ‘BLA, BLA, BLA’ and ‘BABY SAID’ left me not sure if it’s trying to be an ironic comment on the rock and roll lifestyle or if he genuinely means it.

I did find the rollercoaster with some ups though, sleazy basslines and a drumbeat help deliver the showmanship Måneskin have become known. Dancing in my chair to the roaring anti-Putin anthem of ‘GASOLINE’ and ‘Feel’ which well, feels, like a call back to the ‘fear for nobody’ era of the group and incredible disco-feeling drums.

Three of the album’s lead singles – ‘MAMMAMIA’, ‘Supermodel’ and ‘The Loneliest’ just appear at the end and you forget about them. The loneliest is an incredible crescendo, with good vocals that feel like a conclusion for the album and make a good encore at the world tour.

RUSH does have an overproduced feeling at times, which is to be expected with the likes of Max Martin credited as a producer, making every guitar line and beats come in at exactly the right time. But I don’t think that’s a bad thing necessarily for what this album ends up being.

One thing is clear though; it is infectious. The band sound like they had the time of their lives making this record. Certainly, there is some head-bang-worthy songs, but artists like Palaye Royale and The Struts are doing similar work and more successfully too. Having said that, even though Rush! eventually becomes tedious, you’d be hard-pressed to find a point where you’re not enjoying yourself. 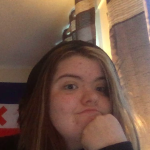 Live review: The 1975's ‘At Their Very Best’ is no understatement