After braving the icy conditions and trekking to Wetherspoons, I sat down with third year psychology student Georgia Laverick, from Newcastle, who is one of two candidates hoping to be elected as Vice President of Education in the upcoming Union Elections on March 12-13.

Growing up in Newcastle, Laverick intended to study history at university before she began her Psychology A Level, which she thoroughly enjoyed. Since coming to the university, she has enjoyed being a part of the Musical Theatre society and is also a founding member of the Mental Wellbeing society, which she is passionate about.

She has experience dealing with fellow students through the Peer-Mentoring Scheme in the Psychology Department, as well as dealing with university staff as part of her current role of Faculty Officer for Psychology.

After telling me that she once dyed her hair 10 different colours in a year, Laverick then went on to speak about the five key areas that she wants to improve on at the university if successful elected.

Firstly, she focused on assignment extensions and ARUAAs (Agreed Record of University Access Adjustments). She believes that Student Services need to raise awareness of ARUAAs because many students she has spoken to were not aware that they existed.

Speaking of extensions, Laverick said: “I think it’s unfair that extensions were halved from two weeks to one, and students weren’t made aware of it.” She also added that, “there needs to be more communication between Student Services and the student body”, so that students are more informed of how they can help themselves.

On mental wellbeing, Laverick wants personal tutors to be trained on dealing with mental health. “I don’t think it’s fair that some students have great experiences with their personal tutors and others are unable to seek the help they need”. She thinks that all tutors need to have knowledge of mental health issues and how they can affect students.

She also talks about parking and study space in her manifesto. “I aim to negotiate and I would like to reduce the price of the parking permit to £100. Cars are already expensive to run and £200 for a permit is far too much considering you often can’t find a space.” 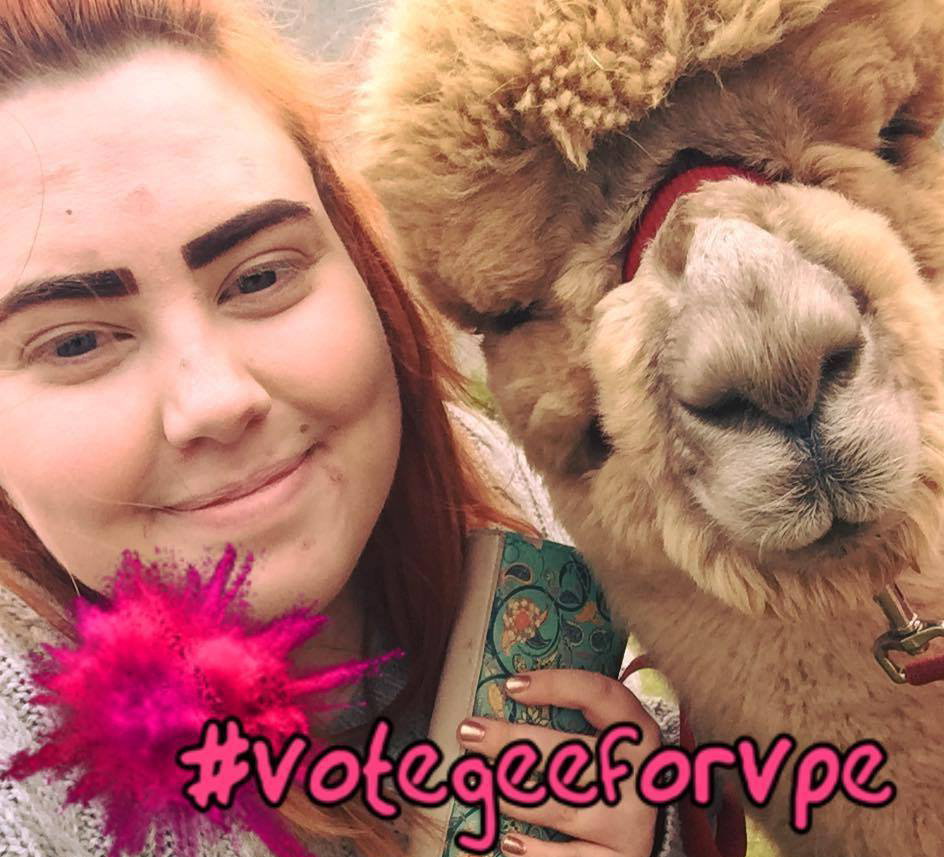 She also said that there must be more study space. We all know how hard it is to find a seat in the library at the best of times. “There are so many empty classrooms which are available for students to study in.”

Laverick is keen to transform the way in which students are assessed at university. “Exams test your memory. I don’t think it’s fair that your grades in some subjects ultimately come down to how well you can memories facts and figures”.

She would ideally like to see more online tests and research-based projects. “I also think that deadlines need to be more spread out so that students don’t have to deal with the stress of three assignments being due in the same week”.

When asked why she thinks she is a better choice for the post than her opponent Daniel Wright, Laverick admitted that there are some similarities in their manifestos. “But I think he overlooks the key issues of students struggling with joint honours degrees and mental health.

Daniel’s mental health policies still rely on students, whereas I believe that staff training is vital for improvement. He doesn’t realise just how big these problems are.”

According to Laverick’s manifesto, “If you want something done, Georgia is the one!” but what will the voters decide? Only time will tell.