Benoit Blanc is back in Glass Onion: A Knives Out Mystery. And this time, everything is exactly as it seems. Or is it?

In the second star-studded whodunnit, directed by Rian Johnson, everyone’s favourite drawling detective is back. Released on Netflix on December 23 and starring Daniel Craig (the most recent James Bond), Glass Onion carries on the easy-breezy Cluesque murder mystery atmosphere that Knives Out first brought to our screens.

I could, quite frankly, talk about the Benoit Blanc cinematic universe for hours but let’s focus on the second (of hopefully many more) films in the detective’s adventures.

Glass Onion is set in Miles Bron’s (an Elon Musk-style billionaire played by Edward Norton) mansion, The Glass Onion, on a private Greek island. The movie follows his eclectic inner circle as they enjoy a weekend away solving a murder mystery created by the complicated genius.

Throughout the film, Rian Johnson keeps you on your toes while also placing the answers right in front of you. It’s only after a second (and third and fourth) watch that you realise how glaringly obvious some of the ‘clues’ are.

The acting is brilliant but the standout role has to go to Kate Hudson for her portrayal of Birdie Jay. There is more to her than the initial vapid airhead we first meet, but that does not mean she’s not dangerous. Hudson adds panache and flair to a theatrical performance and steals every single scene she is in, looking fabulous while she does it.

Glass Onion is also set in May 2020, right at the height of the COVID-19 pandemic. Johnson manages to use this to his advantage and adds an extra layer to each of the characters. They all deal with the restrictions in different ways and in an early scene, the masks that each of them wears is reflective of their individual personality.

Remember the frenzy over Chris Evans and the sweater his character wears in the first film? Like Knives Out, Glass Onion continues with inspired costume design choices and Jenny Eagen makes fashion icons of both Birdie Jay and Benoit Blanc.

The rainbow dress Birdie wears to dinner is absolutely stunning. I found myself scouring the internet for a replica (Jenny, please drop the link). Blanc is ever sophisticated, but his outfits this time around give us a deeper insight into his character and the importance of clothing to his appearance.

We get to see more of his character, his beliefs and his feelings; his clothes play a massive part. He’s more bold this time around, wearing colours and patterns and never without a neckerchief.

In regards to Craig’s performance, the character of Blanc is miles away from James Bond, who the actor is most known for portraying.

However, the biggest difference between Bond and Blanc lies in the enjoyability that Craig seems to get from playing the detective. We all remember his comments regarding future Bond films after Spectre had wrapped, though he then went on to film No Time To Die and regrets the ‘ungrateful’ joke he made about returning to 007.

But Blanc is fun, outgoing and altogether more pleasant than Bond. While the characters are both well-dressed, suave gentlemen, Blanc allows for Craig’s comedic timing to truly shine.

Some of the best line delivery within Glass Onion belongs to Detective Blanc and it is in part to the Southern caricature of an accent Craig uses. The most mundane lines become that much more brilliant purely because of the twang his voice carries and I applaud each and every single time.

Blanc’s mannerisms and word choices (think cigars and catchphrases) are the traditional aspects associated with classic murder mystery series’ but they manage to feel timeless because of the modern setting in which they are heard. It is something that translates across both films without becoming repetitive.

The cast aren’t the only big names to appear in Glass Onion. The film is full of name-drops by the egotistical Miles. He is a man that thrives off the celebrity of others, but Rian Johnson also uses the cameos as funny anecdotes for the audience. Such an example is the brief scene with Ethan Hawke who popped over to the set while in the middle of filming Moon Knight and we never see him in Glass Onion again.

Oh, and about that Hugh Grant cameo in the middle of the film? That is definitely Benoit Blanc’s partner. Not his roommate or butler. It has been confirmed directly by the director and the actor themselves. So no more speculation.

Amongst the discourse of Hollywood, Rian Johnson’s originality is the bright light of hope for exciting cinema. The film’s narrative is fun, fresh and comedic while still managing to make shrewd social comments as seen in Knives Out.

Overall, the film takes all the criticism of Knives Out and uses it as the foundation for itself. It’s camp, it’s dramatic, and it’s pop culture in a film. Glass Onion keeps you guessing and is a sequel every bit as enjoyable as the original. 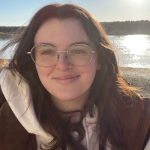 For the love of Christmas